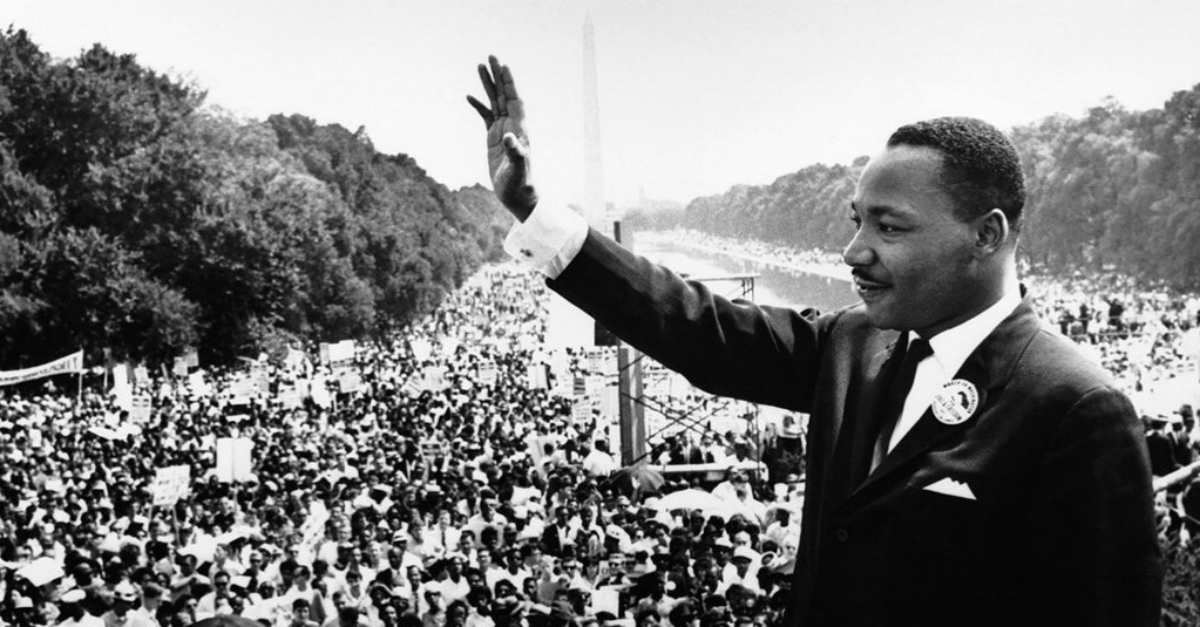 As the nation celebrates Martin Luther King, Jr. we often reflect on his words. Sharon Shahid once openly wondered whether his famed essay, Letter from Birmingham Jail, “would have made such a lasting impression or had as powerful an impact if today’s instant communication devices existed, and if someone smuggled…a mobile phone into his cell. What would have happened if he texted the famous letter or used Twitter…?”

“Instead of a legacy,” she suggests, “he most likely would have started a conversation.”

“King’s voice—so poignant and crystal-clear in print—simply would lose its resonance in cyber ink…A tweet would have faded into ether minutes after it was released, drowned out by a thousand other disparate musings.”

But that is the least of the challenges our current context would bring to King’s words making an impact in our day. Why? It was a prophet’s voice based on a thoroughgoing Christian worldview.

Today, There Are Few Such Prophets

Consider the term itself, worldview, from the German Weltanschauung (literally “world perception”), which suggests more than a set of ideas by which you judge other ideas. It is, as Gene Edward Veith has written, “a way to engage constructively the whole range of human expression from a Christian perspective.” Or as Jonathan Edwards, arguably the greatest intellect America has ever produced, once contended that the basic goal of any intellect is to work toward “the consistency and agreement of our ideas with the ideas of God.”

Now consider the worldview questions posed by Charles Colson and Nancy Pearcey, based on creation, the fall and redemption: Where did we come from and who are we? What has gone wrong with the world? What can we do to fix it? How now shall we live?

Reflect on the response to the first and most foundational of these questions—where did we come from? There are a limited number of answers at our disposal: We came about by chance (the Naturalist contention), we don’t really exist (the Hindu response), or we were spoken into existence by God.

Even if one makes more obscure suggestions, such as the late Cambridge physicist Stephen Hawking’s idea that we were seeded here by another race of beings from another planet, one would then have to account for their existence.

Every Person Has Value

So for the Christian, the answer to “Where did we come from and who are we?” gives a foundation for thinking that no other answer gives. Because we were created, there is value in each person. There is meaning and purpose to every life. There is Someone above and outside of our existence who stands over it as authority.

Because of this answer, Martin Luther King, Jr. could write the immortal words found in his jailhouse correspondence:

“... there are two types of law: just and unjust.... A just law is a man-made code that squares with the moral law or the law of God. An unjust law is a code that is out of harmony with the moral law.... Any law that uplifts human personality is just. Any law that degrades human personality is unjust. All segregation statutes are unjust because segregation distorts the soul and damages the personality.”

King’s argument was based on the worth of a human being bestowed upon by God regardless of what other humans might have to say; King laid claim to a law above man’s law. No other worldview would have given King the basis for such a claim.

And from such a worldview, the world was changed.

Would Such a Worldview Get a Hearing Today?

And there lies the irony; as a culture, we celebrate a man’s Christian convictions that were used to change our culture in the past, while simultaneously rejecting those values as a part of shaping our culture for the future.

Which means the next young leader with passion and conviction may have a dream, but if it’s based on King’s worldview, it will never be heard. Or, if heard, will never spark the cultural revolution it did before.

Not because it would be tweeted instead of written.

But because it would be based on something not of this world that the world no longer recognizes.

Editor’s Note: This blog was originally published in 2011. The Church & Culture Team wanted to share it with you again as we celebrate Martin Luther King Jr.’s birthday.

Gene Edward Veith, “Reading and Writing Worldviews,” in The Christian Imagination: The Practice of Faith in Literature and Writing, ed. by Leland Ryken, Revised and Expanded Edition (Colorado Springs: Shaw, 2002).

Charles Colson and Nancy Pearcey, How Now Shall We Live (Wheaton: Tyndale, 1999).

James Emery White is the founding and senior pastor of Mecklenburg Community Church in Charlotte, NC, and the ranked adjunctive professor of theology and culture at Gordon-Conwell Theological Seminary, where he also served as their fourth president. His latest book, Meet Generation Z: Understanding and Reaching the New Post-Christian World, is available on Amazon. To enjoy a free subscription to the Church & Culture blog, visit ChurchAndCulture.org, where you can view past blogs in our archive and read the latest church and culture news from around the world. Follow Dr. White on Twitter and Instagram @JamesEmeryWhite.

This content first appeared on Crosswalk.com and is used here with permission. To view the original visit: https://www.crosswalk.com/blogs/dr-james-emery-white/would-martin-luther-king-jr-be-heard-today-2019.html

What Easter Is Really About - Easter Devotional - April 7

The world looks at Christians 'celebrating death' on Good Friday, and they can't figure it out.