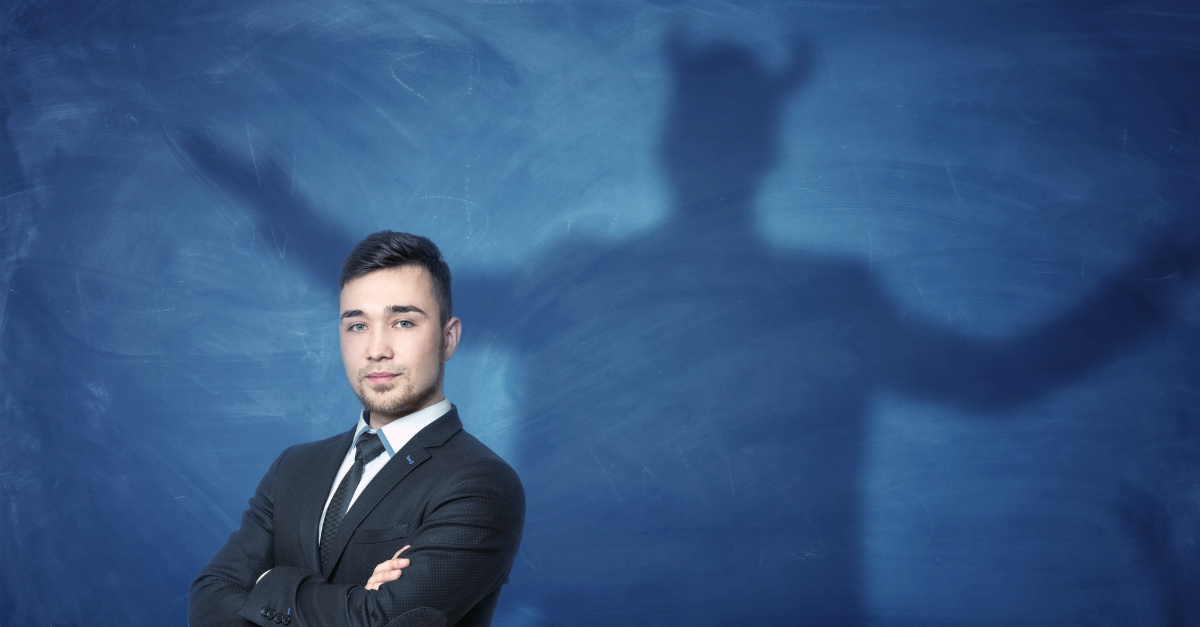 I wrote to the church, but Diotrephes, who loves to have the preeminence among them, does not receive us. Therefore, if I come, I will call to mind his deeds which he does, prating against us with malicious words. And not content with that, he himself does not receive the brethren, and forbids those who wish to do so, putting them out of the church.  – 3 John 9-10, NKJV

To enlighten the above scripture passage, Chuck Swindoll says in his book of 1,502 stories and illustrations (The Tale of the Tardy Oxcart):

A. T. Robertson, a fine, reliable Baptist scholar of years ago, taught for many years at the Southern Baptist Theological Seminary in Louisville. When he began to write on books of the Bible, he chose on one occasion the Book of 3 John, which talks about Diotrephes.

Diotrephes was a man who became a self-appointed boss of a church. And over a period of time, he was the one that excommunicated certain people and he screened whatever was done in the church.  As the self-appointed leader, he wouldn’t even let John come to speak as a representative of Christ.

So, John wrote a letter and reproved him.

In writing about Diotrephes, A. T. Robertson said this: ‘Some forty years ago I wrote an article about Diotrephes for a denominational paper. The editor told me that twenty-five deacons stopped (taking) the paper to show their resentment against being personally attacked in the paper.’

Why We Can Be Thankful for Diotrephes

Had we not known the first-century church had to deal with church tyrants masquerading as agents of Christ and brutalizing God’s people, we would have thought things had gone seriously downhill in our day.

But this cancer has been with us from the first.

That, by the way, is the same reason we give thanks that the church at Corinth, Greece, had so much trouble. In 1 Corinthians, when Paul addresses these problems, he establishes guidelines and sets up markers we’ve used ever since. Had the early Christians experienced no difficulties, we would have none of this.

“Loves to have the preeminence” is all one word in Greek; the present participle of philoproteuo. It’s a combination of phileo for “love”  and protos, “first,” giving us “one who loves to be first.”

Imagine someone cheering, “I’m number one, I’m number one!!” The concept is foreign to John the Baptist’s “He must increase; I must decrease” (John 3:30).

Romans 12 gives us two great lines. “For I say through the grace given to me, to everyone among you, not to think of himself more highly than he ought to think, but  to think soberly…” (Romans 12:3) and “Be kindly affectionate toward one another with brotherly love, giving preference to one another…” (Romans 12:10).

God help us. It should not be said of any Christ-follower that his words tear down a fellow struggler. We want it said of us as it was of Job: “Your words have upheld him who was stumbling and you have strengthened the feeble knees” (Job 4:4). I’ve taken a form of that as my life verse: “Your words have stood men on their feet.” May it be ever so.

Here is how Eugene Peterson’s The Message Bible phrases it:

Earlier I wrote something along this line to the church, but Diotrephes, who loves being in charge, denigrates my counsel.  If I come, you can be sure I’ll hold him to account for spreading vicious rumors about us. And, if that weren’t bad enough, he not only refuses hospitality to traveling Christians but tries to stop others from welcoming them. Worse yet, instead of inviting them in he throws them out.

1. In America, we rarely need the hospitality of homes for traveling missionaries the way they did in the First Century. Many other lands, however, still require this.

2. We do, however, need the spirit of hospitality in unlimited ways. Who among us has not visited a church for the first time had experiences like these:

- felt frozen out by the unfriendliness of the people

The writer to the Hebrews said, “Do not neglect to show hospitality to strangers. In doing so, some have unwittingly entertained angels” (Hebrews 13:1). Want to welcome an angel? Help a stranger!

3. John will deal with Diotrephes when he comes. We wish we had that confrontation on record. Something inside us delights in seeing the bully taken down. And yet, we want grace and mercy for ourselves. Our standards are so hypocritical.

4. These days around these parts, those who “love to be first” tend to make themselves church bosses. And that deserves a treatment all its own. 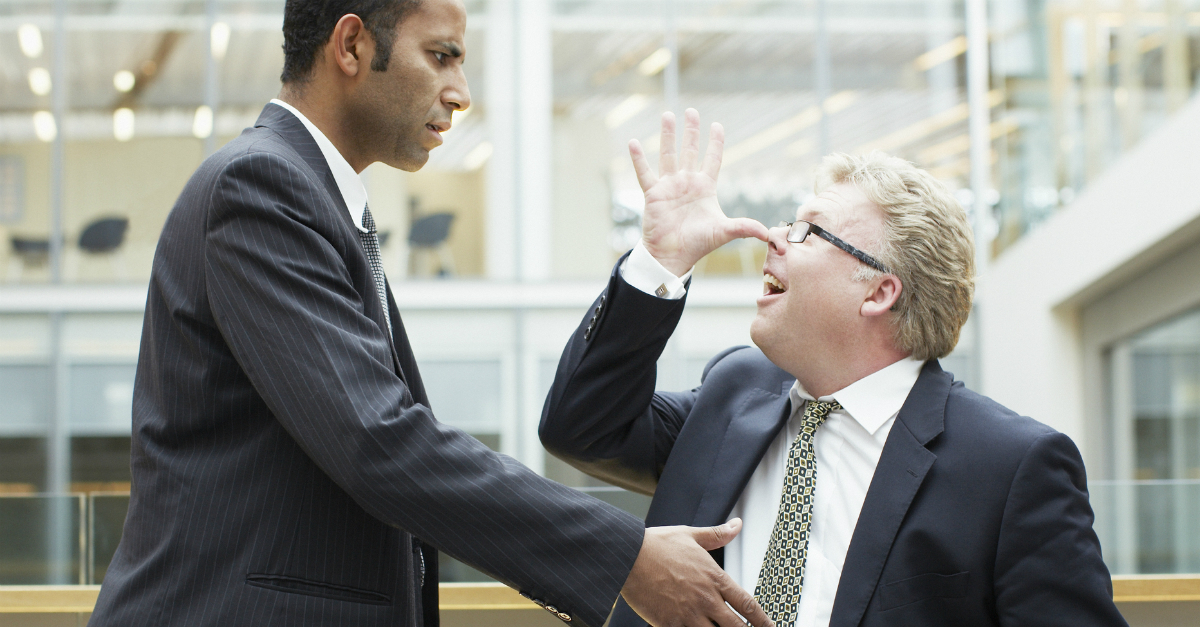 How Do Church ‘Bosses’ Manifest Themselves?

Church bosses like Diotrephes manifest themselves in many ways, including:

–Ignoring the will of the congregation and dictating how things will be done by the church. As one leader said to me, “We don’t like to disturb the people with these things.”

–Sometimes pastors present themselves as church bosses, telling the congregation “I’m God’s man and what I say goes.” One pastor admitted when accused of being a church dictator, “I’m not only a dictator, I’m the only tater!” And yes, the day of reckoning and humiliation eventually arrived for him...something he brought on himself.

–Church bosses are known to put people out of the church who disagree or rock the boat. “It’s my way or the highway” is their mantra. I’ve known pastors to use those very un-Christian words. They will answer to God for usurping Christ’s place as Head of His church.

What Law of Love Are Church ‘Bosses’ Violating?

Leviticus 19 is loaded with various kinds of laws, ceremonial and otherwise, some reasonable and some strange.  Scattered throughout the chapter, however, we find references to how Israel is to deal with the poor and with strangers or foreigners.

“I am the Lord!” is found 16 times in these 37 verses, leaving no doubt as to Who is speaking and how strongly these admonitions are to be taken.

“You are to love the stranger as yourself,” God says, “for you were strangers in the land of Egypt” (19:34). The Lord said to Israel, “You know how it feels to be a newcomer, to be the outcast, the stranger. So, show some kindness to these aliens, these immigrants, these people with different color skin, strange names, and unfamiliar dialects!”

No one said it would be easy. But failing to love one another is a deal-breaker with the Lord.

Love is not an option.

Dr. Barclay considers that the hospitality thing may have been abused in the First Century and it’s possible Diotrephes had sound reasons for what he was doing. He writes:

We may have a good deal of sympathy with Diotrephes; we may well think that he was taking a stand which sooner or later had to be taken. But for all his strength of character, he had one fault–he was lacking in charity. As C. H. Dodd has put it: ‘There is no real religious experience which does not express itself in charity.’

That is why, for all his powers of leadership and for all his dominance of character, Diotrephes was not a real Christian, as John saw it. The true Christian leader must always remember that strength and gentleness go hand in hand.

Diotrephes was like so many leaders in the church. He may well have been right, but he took the wrong way to achieve his end, for no amount of strength of mind can take the place of love of heart. 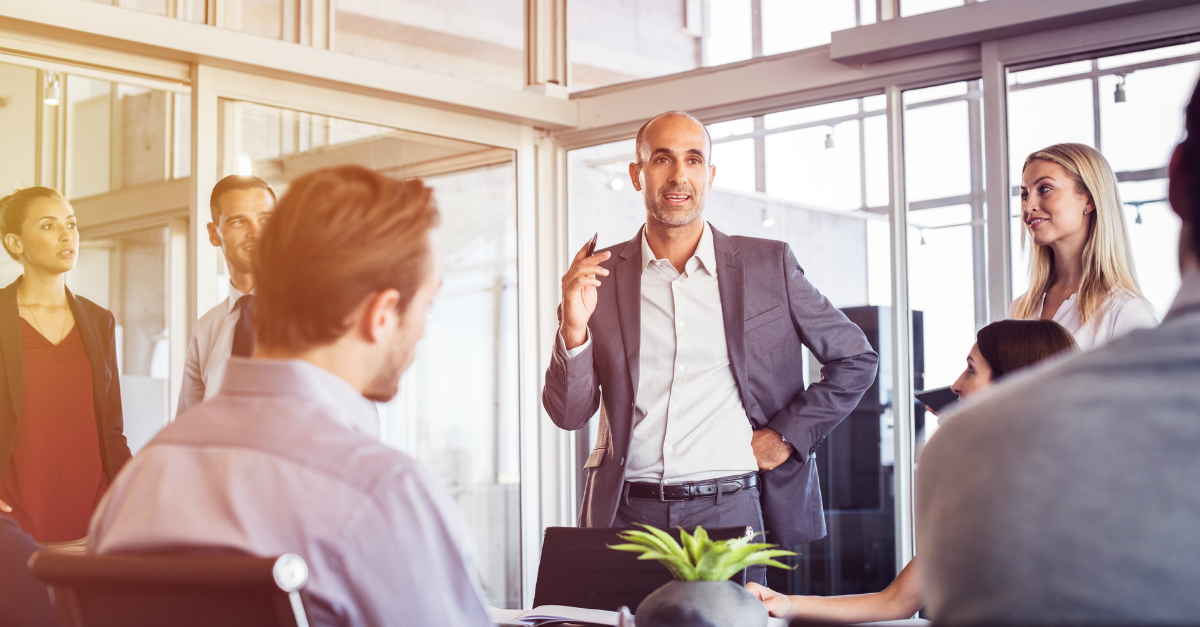 What Should the Church Do about its Church ‘Bosses?’

Ask them in a public forum “Why did you do this?” And refuse to allow them to “chat with you in private.”

No, this is not a personal question for you, but an issue involving the entire church and the full congregation deserves an answer. The boss is acting on behalf of the church, so the church deserves to know what he did and why.

If your church has no regular sessions in which the leadership answers to the congregation, you deserve all the grief you’re going to get (at some point or other).

A church’s greatest decisions will be the leadership it chooses. When no one is found to be capable for a slot, leave it vacant. The concept of “holy vacancy” is an idea I picked up from Dr. Bill Taylor. Wait on the Lord, and install only the leaders He provides.

3. Support your pastor when he stands up to self-appointed leaders who try to improperly rule.

Pastors are vulnerable since their livelihood depends on the paycheck, and the Diotrepheses among us know this. Therefore, they will hold it over the head of the preacher. “If you resist me on this, I’ll see that you are fired.”

Or, just as likely, “If you don’t go along, I will leave and take my money with me and this church will go under.”

In every case, I recommend the pastor take the bully up on his dare. The Lord will not allow His church—His body, His bride—to be taken hostage by anyone.

This content first appeared on Crosswalk.com and is used here with permission. To view the original visit: https://www.crosswalk.com/blogs/joe-mckeever/church-boss-like-diotrephes.html

Have You Thrown In the Towel on Prayer? - From His Heart - March 29