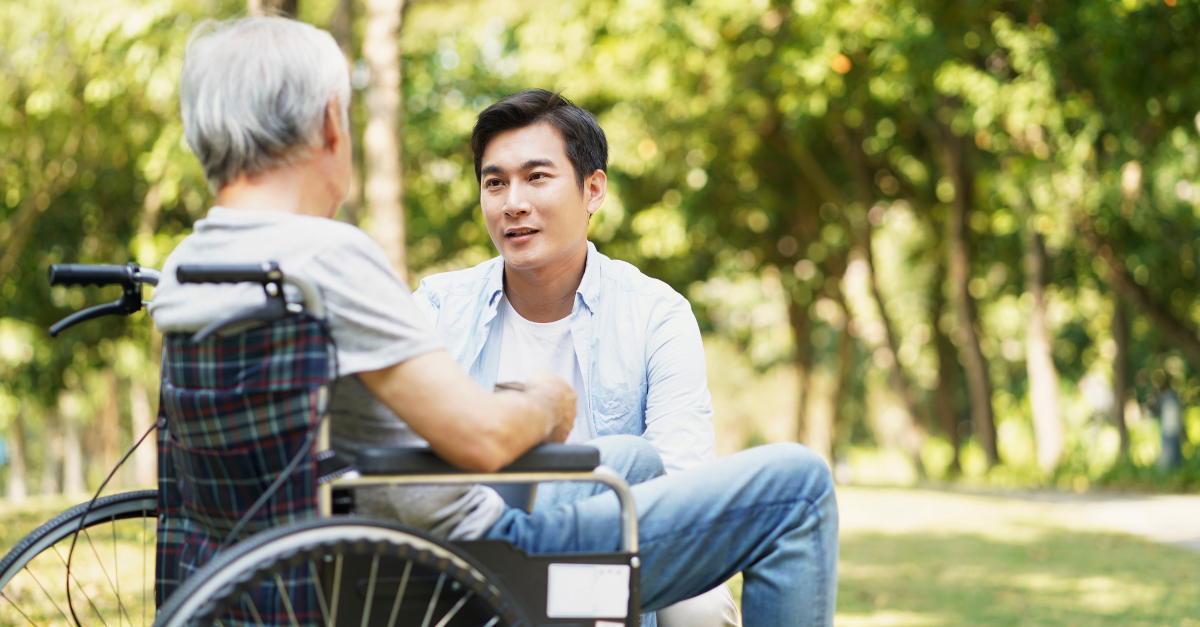 But the fruit of the Spirit is love, joy, peace, longsuffering, gentleness… (Galatians 5:22-23)

“Would the gentleman from North Carolina please yield the floor?”

“The gentle lady from California makes a good point.”

The U.S. Senate may be the last place in this country where people are recognized as being gentle. It’s a nice trait. “Gentle” means you are not bombastic, not mean-spirited, not rude or unkind or harsh.

My goal is to become more gentle in this life.

Various translations make this “kindness” and “goodness.” Same difference, I suppose, although there is something about “gentleness” that weighs heavily on my mind.

Did you hear about the preacher who was protesting a “gay and lesbian pride” march winding its way through the French Quarter? According to the reports, the minister was preaching to the participants in harsh and condemning tones. At one point, a woman decided that this angry man of God (we’ll give him the benefit of the doubt) needed a hug. So, she stepped out of the crowd, walked over to him, and kissed him.

He has filed charges against her. Accuses her of assault.

On my Facebook page, I pointed out that if that preacher doesn’t know the difference in a kiss and an assault, he has lots of problems. Within hours, I had 50 comments. Some took me to task for my levity, some pointed out that if the woman was HIV positive and had some kind of openness on her mouth, she could infect him. Others wanted to weigh in on the homosexual issue.

My concern was lost in the uproar.

I was wishing the preacher had been gentler, kinder, nicer.

If the fruit of the Spirit is gentleness–and it is–then is it not true that whenever a follower of Jesus is anything but gentle and kind, we may conclude from their actions that they are not Spirit-filled?

In the context of that statement (the Sermon on the Mount) Jesus was not referring to the fruit of the Spirit. However, it fits, doesn’t it?

God’s faithful, His Spirit-filled and Spirit-controlled children are known by the love, joy, peace, longsuffering, gentleness, goodness, faithfulness, humility, and self-control which He produces in their lives.

His fruit indicates His presence.

And the absence of that fruit? At the very least, the absence testifies to the lack of Spirit-control over that individual.

We want to be careful not to conclude someone is unsaved just because they are not acting like Jesus. Even the most mature of us do not practice Christlikeness all the time. From what we understand of Paul’s teachings in 1 Corinthians 1-3, the natural man (unsaved) and the carnal man (saved but immature) may look and act the same.

Historians say that humility, gentleness, and meekness—highly prized throughout the New Testament—were not considered desirable traits in the Roman and Greek world. Then the Lord Jesus arrived and exhibited these traits in His own life, and called for them in His disciples: longsuffering, gentleness, goodness.

Delineating between these Christlike characteristics is nearly impossible. A person who exhibits goodness will be gentle and when pressured or threatened will demonstrate longsuffering.

That simple sentence from David’s song on the day the Lord delivered him from the hand of King Saul (it is found in 2 Samuel 22 also) is worth its weight in gold. There is nothing else like it in all Scripture.

Now, we knew the Lord was gentle. In Matthew 11:29, Jesus said He was, and throughout His earthly ministry that gentleness was on display.

He had time for children, for the blind and crippled, the poor and needy.

In Mark 1, He touched a leper, in Mark 5 He raised a little girl from the dead calling her “little lamb,” in John 11 He wept with the grieving sisters, and in Luke 23, He gave Heaven to the dying thief.

What a Man. What a Savior.

Who would not love such a Lord?

Jesus’ gentleness was seen in His love for simple things in nature (birds, flowers, grass, rocks), in relationships (“go home to your people” — Mark 5:19; “first be reconciled to your brother” — Matthew 5:24), and in religion (“After this manner, pray ye: ‘Our Father’ — Matthew 6:9).

There is power in gentleness.

Think of the sun’s rays arriving at our planet. Unless they are gentled, the power they contain would set all life on earth ablaze in a nanosecond. So, the rays are gentled...by the 93-million-miles distance, the rotation of the planet, the atmosphere surrounding us, and other forces.

As a result, the soft rays of this greatest power in our known universe ripens a bunch of grapes in my neighbor’s back yard or the tomato on the windowsill as though it has nothing else to do in all the world.

Think of the electrical power that arrives at the corner of your block. The thousands of volts pose a great danger to anyone or anything coming near. So, the electrical power company installs transformers on the poles. They gentle the power to the point that once it enters your home it can run the television or the bedside lamp in complete safety.

The Lord’s gentleness has made me great.

That’s David’s statement, and we will not argue with it. To what extent that we (who are disciples of Jesus) can make the same claim (to greatness) is debatable.

We are, of course, children of God and heirs of Heaven’s estate.

We are redeemed and transformed, forgiven and cleansed, called and filled, and commissioned and sent forth—all as a result of the Savior who left Heaven’s glory and gentled Himself to be born of a woman in a Bethlehem stable and die on a Roman cross.

It makes sense that this Lord working within us wants to gentle us, also.

The idea is to tame us. That puts us in mind of bucking broncos resisting all efforts to gentle them, crashing into the corral fence in an attempt to throw their riders, until finally, exhausted and spent, they submit to the bridle and saddle and coach.

The problem is I do not want to be tamed. I want (ahem) self-fulfillment. I want self-enlargement, self-indulgence. Empowerment. Actualization.

Clearly, the Lord wants greatness for us also. So long as He gets to define greatness.

We want greatness done our way. We call this being “headstrong.” We want to go out singing the Paul Anka classic, “I Did it My Way.”

The Lord’s Spirit moves into the life of one who has invited Jesus to become his Lord and Savior, and immediately begins subduing that headstrong, rebellious spirit. In the act of salvation, the Lord establishes a beachhead, so to speak. But the long hard work of sanctification—making us look and act and speak and think like Jesus—has just begun. It will take the rest of our earthly years and only end with glorification...that final transforming act which makes us “like Him” (1 John 3:2).

Far too many calling themselves disciples of Jesus have made a habit of resisting the Spirit. The Apostle tells us to “quench not the Spirit” (1Thessalonians 5:19). To “quench” is to douse a fire, to slake a thirst, to put an end to something strong.

Calling them “the fruit of the Spirit” means they cannot be generated by human effort.

Our natural state is the opposite of each of these…

– Instead of love, we think of ourselves first and foremost.

– Instead of joy, we gripe and complain and grasp for more.

– Instead of peace, we want what we want, no matter how it hurts others.

– Instead of longsuffering, we want to run when the going gets tough, when people do not do according to our desires.

– Instead of gentleness, we tend to be rude and insistent, and ungracious and selfish.

– Instead of goodness, our natural inclination is to be lustful, scheming, deceptive, anything but good.

– Instead of faithfulness, we want to do good in bits and pieces, to quit in the heat of the day, to stop when criticized.

– Instead of humility, we are self-centered and self-promoting.

– Instead of self-controlled, we want to indulge ourselves and “set ourselves free.”

Without the power of the indwelling Holy Spirit, we would be holy terrors for everyone we know.

This in no way means we are what we ought to be. But it most definitely means we are a lot better than we would have been otherwise!

This content first appeared on Crosswalk.com and is used here with permission. To view the original visit: https://www.crosswalk.com/blogs/joe-mckeever/gentleness-is-the-christlikeness-god-is-trying-to-produce-in-us.html

Why Is This Not Working? - From His Heart - January 23