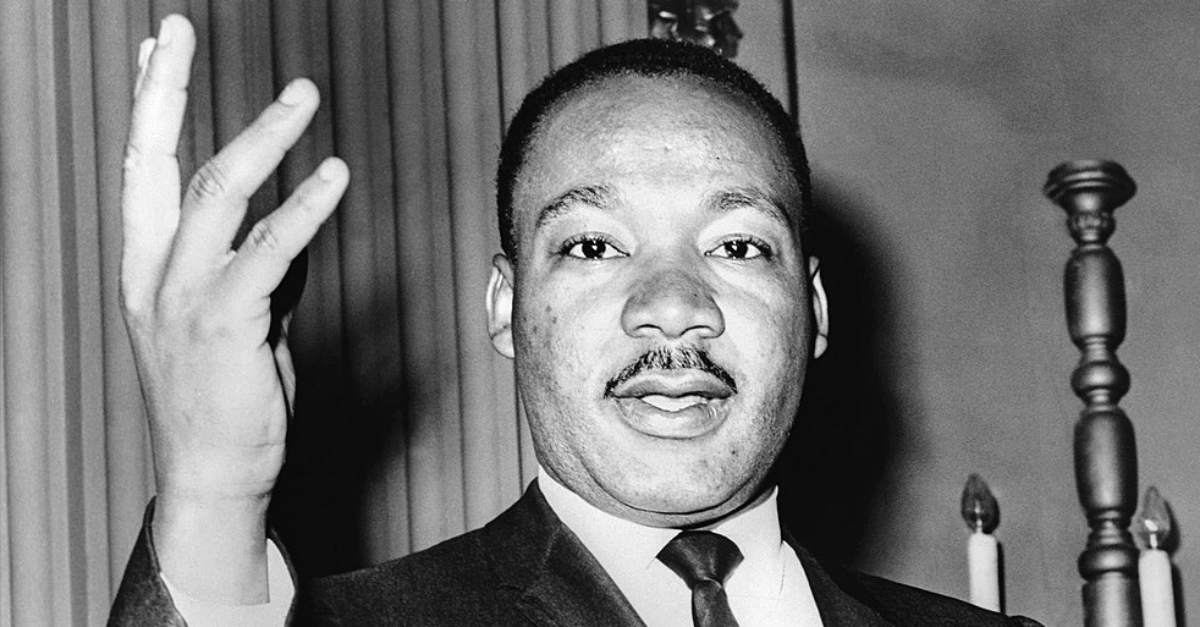 It's been over 55 years since the famous civil rights march on Washington. The most powerful moment of that historic event was, of course, the message delivered by Dr. Martin Luther King, Jr.—now one of the most iconic speeches in American history. The refrain is one that is so embedded in the American memory that most people know the speech simply as the “I have a dream” speech. Here are a few things about Dr. King's message that, if applied, could profoundly strengthen Christian preaching today.

He Preached to the Conscience

The primary lesson we need to learn from this speech is the way it spoke to the conscience. Part of the gravity of this speech came from its location, before the monument to the Great Emancipator. Part of the gravity came from the surroundings, a mighty throng of men and women and children gathered in the nation’s capital to ask for the cashing of that metaphorical “check” of equality guaranteed in the Declaration of Independence. But a great deal of the power behind this speech came from the way that King was pressing a claim onto consciences.

He started with a contrast between the promised end to the injustice of slavery and the ongoing injustice of Jim Crow. This contrast is similar in content, though different somewhat in rhetoric, to the Letter from Birmingham Jail. Against the so-called “white moderates” who counseled “patience,” King pointed out “an appalling condition” that Americans were still, in large numbers, exiles in their own land. With such injustice, there was no room for the “tranquilizing drug of gradualism.”

What was King doing here? He was doing precisely what the Old Testament prophets did with Israel and Judah, pointing out sin and judgment, warning implicitly of the justice of God. We often hear caricatures of evangelical “hellfire and brimstone” preaching. But I don’t think I’ve heard a hellfire and brimstone sermon in years. Most evangelical churches breezily converse about sin in terms of consequences to be avoided. In fact, most of the preaching I hear on sin and judgment sounds an awful lot like my dentist telling me I should really floss more. I feel guilty, and I know he’s right, but it hardly feels like a transcendent word—because it isn’t.

King’s words though, intentionally were resonant with the cadence of the King James Bible, because he was speaking a word of judgment to a Bible Belt who knew that Bible. He wanted to confront consciences with what they said they believed. Whatever King’s personal doctrinal commitments were or weren’t, he didn’t preach Fosdick or Tillich or Niebuhr. He preached to Americans Jefferson and Madison and Lincoln, and he preached to Christians Amos and Isaiah and Jesus. And when the regenerate conscience is confronted with Jesus, remember what the Shepherd of Galilee said, “My sheep hear my voice…”

He Preached to the Imagination

But King didn’t simply preach judgment. After all, Malcolm X could preach judgment, and did, in harshly nationalist Islamic terms. King knew that his argument wouldn’t resonate with Christian consciences unless it appealed to the Christ-haunted imagination. That’s why he spoke of a dream.

What King did was to enable his hearers to imagine what it would be like if the appalling condition were reversed. If freedom were to ring “from every hill and molehill of Mississippi.” He also didn’t picture this future as simply liberation for African-Americans. He recognized that hatred is a heavy burden on the heart and the conscience. Those singing “Free at last!” aren’t just black men and women, but all people. His future is one in which “the sons of former slaves and the sons of former slave owners will be able to sit down together at a table of brotherhood.”

Where did King learn to speak with fiery denunciation and with welcoming invitation, in the same speech? Well, I would suggest he learned it in church pews, listening to the preaching of the gospel. He saw there a vision that doesn’t leave sin undisturbed. Jesus, as with the prophets before him and the apostles after, consistently called out sin, and not merely in generic abstract terms but in all the ways sinners creatively find to consider our sins acceptable. The Pharisees, after all, weren’t dishonoring parents; they were giving that money as offering to God, and so on. Jesus often stops people who want to follow him by pointing out that he isn’t sure they understood how his gospel contradicts their lives.

But in the Bible gospel preaching never left off with condemnation. Jesus presents a kingdom that he pictures consistently as including those who would never feel themselves welcomed. He asks us to picture what it would be like to join his little flock of future galactic servant-rulers. He asks us to imagine what left to ourselves we would never imagine, that the gospel is really good news for us. It’s meant to leave us with the sort of shock that I remember from an old gospel song we used to sing in my boyhood church, “Whosoever surely meaneth me!”

I wonder how much weightier our preaching would be if we remembered to thunder God’s justice, while always following with God’s welcome, through the proclamation of a God who in the crucified Christ is both just and the justifier of the one who has faith in Jesus (Rom. 3:26).

As we remember the life of Dr. King, let’s remind ourselves of how far we have to go as Americans to see the promise of racial justice realized. Let’s remember how far we have to go as Christians to see gospel unity in our own congregations. But let’s also think about the fact that there’s a reason this speech is still on our minds after fifty years, and maybe we could learn something about what it takes to address the conscience and the imagination with the grace of the gospel.

Let’s be hellfire-and-kingdom preachers who know how both to warn and to welcome, how both to weep and to dream.

Russell Moore is President of the Southern Baptist Ethics & Religious Liberty Commission. He formerly served as Dean of the School of Theology at The Southern Baptist Theological Seminary and executive director of the Carl F. H. Henry Institute for Evangelical Engagement. Dr. Moore is the author of The Kingdom of Christ: The New Evangelical Perspective (Crossway, 2004) and Adopted for Life: The Priority of Adoption for Christian Families and Churches (Crossway, May 2009). Visit his website: RussellMoore.com

[Editor's note: this article was adapted from Dr. Moore's blog post entitled What Martin Luther King Can Teach Us about Preaching.]

This content first appeared on Christianity.com and is used here with permission. To view the original visit: https://www.christianity.com/church/pastors/3-keys-to-martin-luther-king-s-powerful-preaching.html