I’ll never forget when I was in 5th grade in 1987 and a classmate of mine was in tears as if a dear loved one had passed away. He had to be helped outside and consoled by our caring teacher. Before the end of the school day, we learned that his mother and father were divorcing. It felt like the end of the world to our entire class. Both his mother and father were supportive of their sons in all athletic and academic endeavors. Their support was always reflected as a unit.

We never knew the circumstances that led to the divorce, whether it was solely an inability to get along or any marital infidelity. All we knew was our classmate was brokenhearted because this support system was going to change dynamically and drastically.

As the years have passed by, the divorce rate has increased, as has its acceptance in society.

Divorce is not only a divisive measure of the family, but also the church. Yet in today’s world, it's a fair assumption that every congregation has experienced divorce within its family. Society has been increasingly accepting of divorce throughout the past several decades.

The truth is, we all fall short, and we live in a fallen world. And there is indeed mercy and hope for recovery from every struggle that we bring contritely and with repentance to His grace. Moreover, we are not called to pass judgment on (or condemn) one another.

Still, God’s Word has not changed.

So then, how should the pastor of a church preach on such a potentially divisive and emotionally-laden topic?

What Does Jesus Say about Divorce?

Jesus specifically told the Pharisees when asked in Matthew 19:6 that the married parties are joined together by God and to “let no one separate.” When asked further (Matthew 19:7-8) why “did Moses command one to give a certificate of divorce and to send her away,” Jesus answered “because of your hardness of heart Moses allowed you to divorce your wives, but from the beginning it was not so.”

The “man created” divorce is only allowable in the limited circumstance for “sexual immorality.” A divorce for any other reasons is considered to be adultery.

Even though the parties are legally divorced under judicial degree, the parties are still united in the eyes of God. Accordingly, men who have been divorced and remarried are incapable of holding the office of deacon or pastor in many denominations.

If a pastor proclaims divorce to only be allowable in cases of sexual infidelity, he will invariably be asked about in matters of neglect or abuse. Surely our God would accept such justification, right? Jesus never taught or spoke about divorce in such cases partly because He was never asked. He never spoke about rape or incest either, so how should we regard His silence?

Most theologians would agree that Jesus agreed with the teachings of the Old Testament when He did not address a topic specifically. Some Jewish manuscripts were interpreted to allow divorce on the basis of both “immorality” and “any cause” on the basis of Deuteronomy 24:1-4.

Many Jews interpreted these verses to allow divorce for any reason. When confronted by the Pharisees in Matthew 19:3, Jesus seemingly rejected the “any cause” reason in Matthew 19:9 and pronounced, “whoever divorces his wife, except for sexual immorality, and marries another, commits adultery.”

Society is confused on the correctness of an action based solely upon God allowing a behavior.  What I understand from my lifelong relationship with the Word, is that God did not ordain marriage that involves anything other than one man and one woman.

In Deuteronomy 17:17, we were warned: “neither shall he multiply wives for himself, lest his heart turn away.” God knew of the consequence for such action, but allowed polygamy to reflect the correctness and justness of His original plan.

Problems are inevitable when man acts contrary to this plan. In Genesis 4:19, we read that Lamech was the first to enter into a marriage with multiple spouses. Just four verses later in verse 23, we have his discourse to his wives indicating that he became a murderer.

Further Abraham, Gideon, Solomon, and Rehoboam each suffered adverse difficulties and bitterness because of this prohibited but “allowed” marital arrangement. When we act contrary to God’s teachings, our physical acts may be allowed for the purpose of revealing God’s purpose. 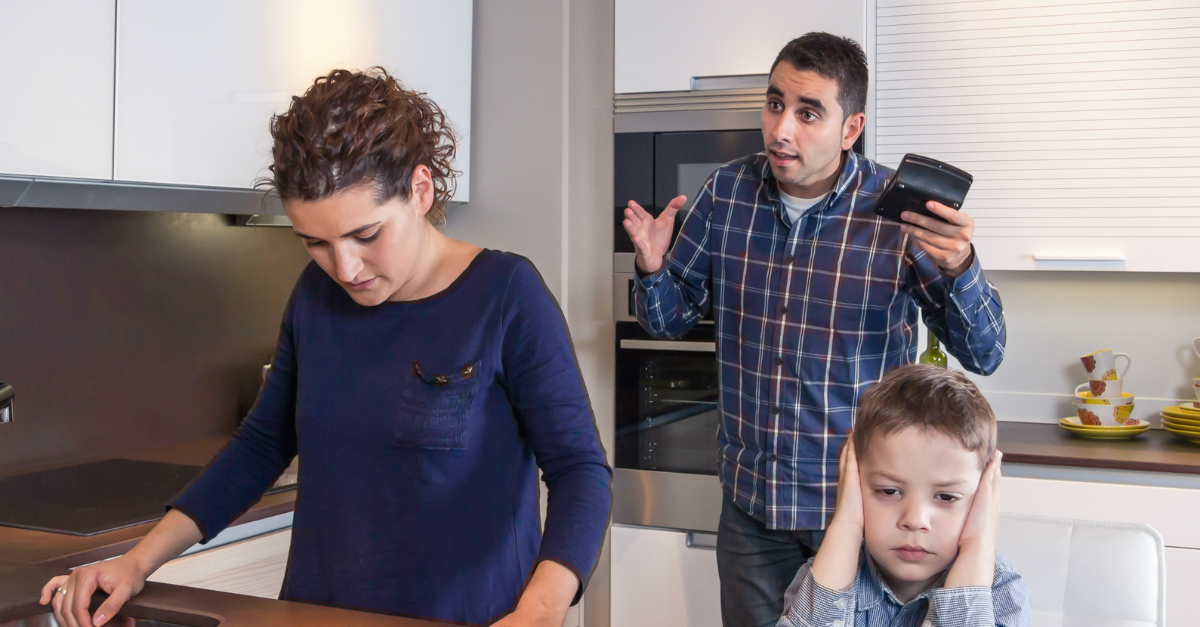 The Institution of Family Suffers

The institution of the family suffers greatly as a consequence of divorce. The advent of divorce not only affects the separating husband, wife, and children, but also can be a curse upon the family’s future generations.

In Exodus 20:5, God reminds us that He is a jealous God and “[visits] the iniquity of the fathers on the children to the third and the fourth generation of those who hate me.” Thus, the failure of a father to abide by his marital vows can have serious repercussions for his children, grandchildren, and great-grandchildren.

The “generational curse” mentioned in the Old Testament was directly toward Israel and her propensity to engage in idolatry.  A study by Paul Amato and Danelle Deboer published in the “Journal of Marriage and Family” from 2001 revealed that a daughter was 69% more likely to divorce if her parents were divorced.  The likelihood was increased to 189 percent if both a husband and wife’s parents were divorced. The study reasoned that, “parental divorce is one of the best-documented risk factors for marriage dissolution.”

Divorce has adverse effects on the local church. The church suffers because of the disqualification of many otherwise capable and willing men for its service. There is an 80% chance of remarriage following the first divorce. Thus, a significant portion of the available pool of otherwise qualified men comprising the church body are disqualified in some congregations from leadership because of remarriage.

Many churches and denominations are abolishing such standards because divorce is so common in our society. Why would divorce and remarriage disqualify a man from office? In 1 Timothy 3:2, we are told that, “an overseer must be above reproach and the husband of one wife.”

Irrespective of the debate on whether the “one wife” is meant to be a present-tense or past-tense qualification, a divorced man would be hard-pressed to satisfy the qualification of being “above reproach.” Webster’s dictionary defines “reproach” as “a cause or occasion of blame, discredit, or disgrace” or “an expression of rebuke or disapproval.”

The dissolution of a covenant in the sacred institution of marriage usually has enough blame and disgrace allotted to both parties. In most of the divorce filings at the courthouse, the reason alleged for the action is for “no-fault” because of the ease and expediency for such designation.

“No-fault” divorce can be described, as “we just can’t get along.” Such reasoning and basis certainly is a reproach to the Word of God and brings upon disgrace to the institution of marriage. Divorce is a serious spiritual matter and should be handled as such by the parties to the marriage and the pastor of the congregation. 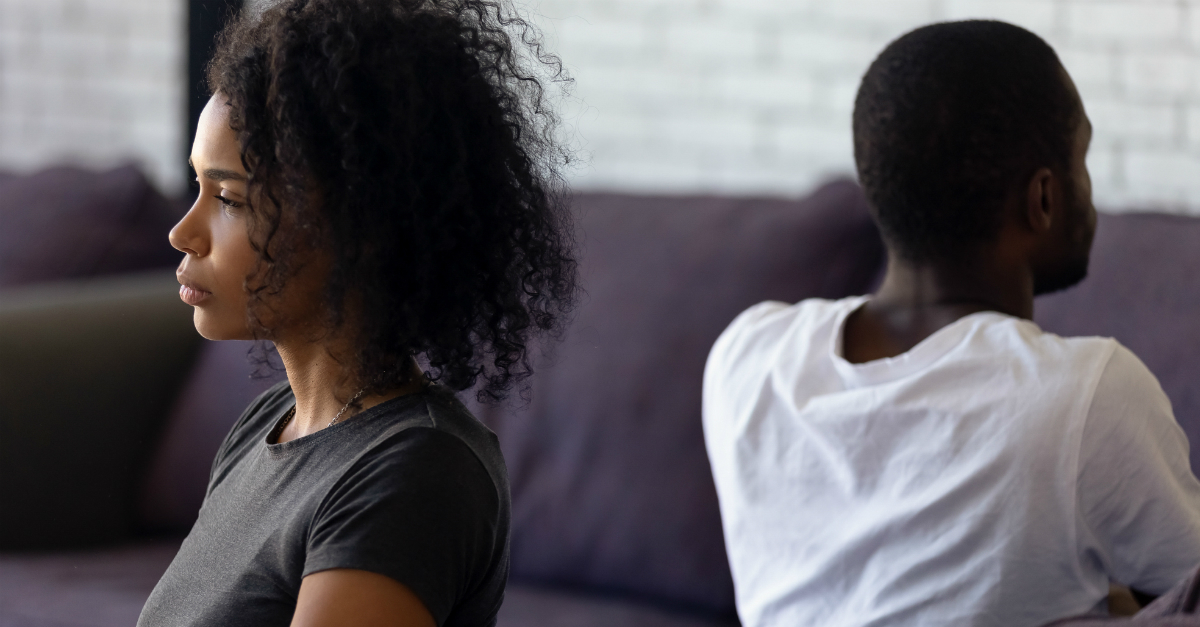 Marriage is a Union of Souls

The Godly marriage is the union of two believing souls. We are not to be unequally yoked for a marriage to be blessed in the eyes of God. In Malachi 2:10-16, the prophet details how Judah “profaned the sanctuary of the Lord, which he loves and has married the daughter of a foreign god.” Because of this sinful behavior, Malachi exclaimed, “may the Lord cut off from the tents of Jacob any descendant of the man who does this, who brings an offering to the Lord of hosts!” The people could not understand the refusal of these offerings and they filled the altar with tears.

The reasoning is detailed in Malachi 2:14 when they were reminded, “because the Lord was witness between you and the wife of your youth, to whom you have been faithless, though she is your companion and your wife by covenant.”

Just as there is a union between the believer and the Holy Spirit, the husband and wife are united “with a portion of the Spirit in their union.” In Malachi 2:16, we are warned, “for the man who does not love his wife but divorces her, says the Lord, the God of Israel, covers his garment with violence.”

Thus, the uniting Spirit of both our belief and our marriage must be guarded and faithfully attended. The consequences are dire as the result of divorce and unfaithfulness is a stain on the garment of the believer.

Divorce is a difficult topic for any pastor to preach upon as many in his congregation have been or are presently emotionally torn because of its consequences. The pastor must be cognizant of the divisive nature of divorce. While offering hope, he must also proclaim “thus saith the Lord.”

This delicate balance can be achieved by prayerfully seeking a spiritually-based and not emotionally-spurred sermon proclaiming both God’s stance as well as God’s immeasurable mercy.

This content first appeared on Crosswalk.com and is used here with permission. To view the original visit: https://www.crosswalk.com/church/pastors-or-leadership/how-can-pastors-address-the-rising-divorce-rate.html

Nobody wore a miniature cross around the neck or displayed one in a place of worship in Christ's day. The cross was a torturous means of execution, and the mere thought of it was repulsive.