"A wife of noble character who can find? She is worth far more than rubies....She is clothed in strength and dignity."

The Book of Proverbs is one of the most cherished books in the Bible. Written by King Solomon, who was famous for his wisdom, the Proverbs offer concise but compelling instructions on how to live sensibly and act justly.

The last chapter of the Book of Proverbs, Proverbs 31, also tops the list as one of the most-quoted Proverbs. Although Proverbs 31 identifies a certain King Lemuel as its author, some scholars believe that this otherwise unknown king was actually wise King Solomon.

Regardless of authorship, Proverbs 31 is often looked to for its clever advice which the author attributes to his mother, including the importance of “clothing” oneself in virtue. It is in Proverbs 31:25 that we hear the well known phrase "she is clothed with strength and dignity". Let's take a deeper look at the meaning of this verse - it's symbolism, how these characteristics are displayed, and how we can faithfully live this way today.

How Does the Proverbs 31 Woman Show Strength and Dignity?

The “strength” reference in Proverbs 31 indicates strength of character. The Proverbs 31 woman has the fortitude of character to be prudent and fair inside the home as well as in her outside interactions.

In particular, the Proverbs 31 woman spends her days vigorously tending to her responsibilities and making discerning choices so that she and her family can have the best life possible. She spends her days honing her craft, nourishing her household, investing, selling, planting, volunteering, mentoring, worshiping God, and generally uplifting those around her with her work ethic and generous spirit.

Her selfless diligence leads her husband and children to praise her “and call her blessed” (Proverbs 31:28).

The Proverbs 31 woman is a go-getter who understands the opportunity each day brings to reflect God’s glory in her everyday conduct. It’s her faithful reverence for God that guides her attitude and actions, and brings her honor and praise (Proverbs 31:30-31).

Specifically, the Proverbs 31 woman puts her best foot forward and doesn’t let the unavoidable misstep keep her from eagerly getting on with meeting her responsibilities (Proverbs 31:17, Proverbs 31:27). Her well-ordered priorities allow her to value strength and dignity above charm and outer beauty, which the Proverb calls “deceptive” and “fleeting” respectively (Proverbs 31:25).

Moreover, her hopeful demeanor keeps her from fretting about the future, allowing her to “laugh at the days to come.” (Proverbs 31:25)

What is the Symbolism of Clothing in Scripture?

While reading Proverbs 31, t's worthy to note that Scripture often uses clothing to symbolize a person’s spiritual state. For example, Adam and Eve covered themselves with fig leaves not only to literally cover up their nakedness but also to symbolically cover up the shame that gripped them after they had disobeyed God (Genesis 3:7-8).

We, as Christians, know we can spiritually put on the full armor of God to “suit up” for battle against the world’s many temptations (Ephesians 6:10-17).

Also, Revelation tells us that those who go to Heaven will be dressed in white to signify their spiritual purity (Revelation 7:9-14).

What Proverbs 31 Teaches Us

In Proverbs 31, the author narrates the maternal advice given to him by first reciting what a king must do to reign well. In particular, a good king must steer clear of promiscuity and alcohol, and instead, focus on ruling fairly and defending those who cannot defend themselves (Proverbs 31:1-9).

The Proverb then turns to its longer, more well-known discussion on what a king should look for in choosing an ideal wife (Proverbs 31:10-31). Specifically, the “good wife” is described as:

A blessing to her husband—honest and supportive (Proverbs 31:10-12);

Protective of her household—nurturing and hardworking (Proverbs 31:15-17);

A boon to her community—business-savvy yet charitable (Proverbs 31:18-20);

Mindful of caring for herself, too—polished in appearance and skilled in a craft (Proverbs 31:22, Proverbs 31:24); and

In describing the ideal woman’s inner beauty, Verse 25 speaks of her spiritual attire by telling us that: “She is clothed with strength and dignity; she can laugh at the days to come” (Proverbs 31:25). Here, the ideal woman understands the importance of living life with courage and virtue, and “wears” these qualities in the way she carries herself and interacts with others.

While the Proverbs 31 woman has clothes of “fine linen” (Proverbs 31:22), it’s her strength and dignity that are her most beautiful garments. 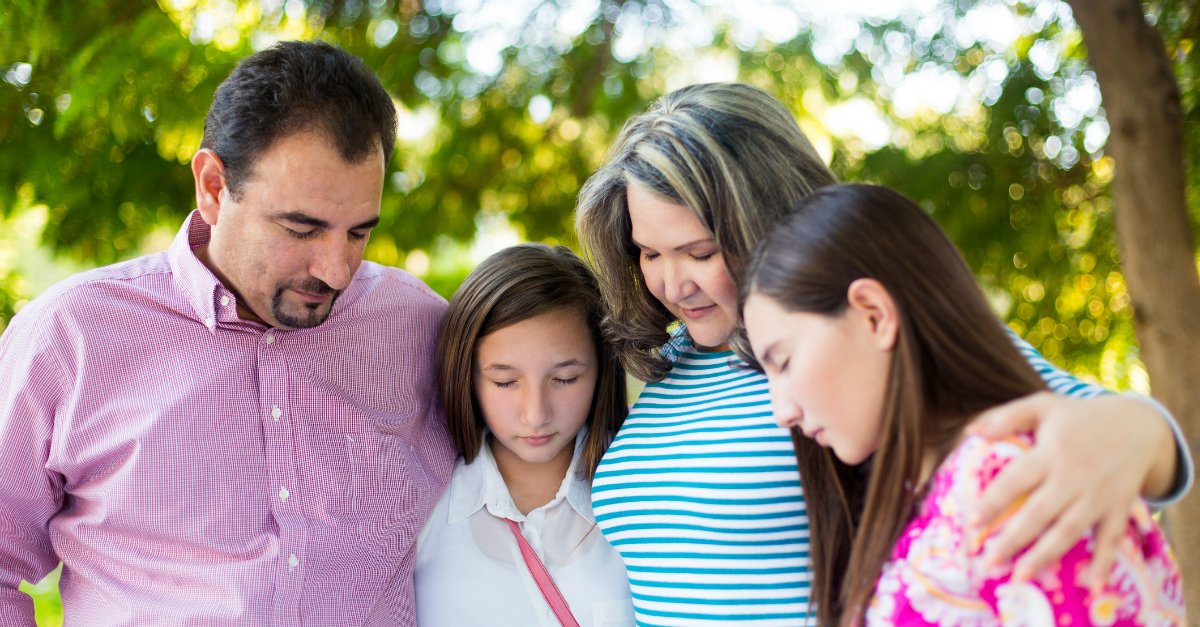 5 Ways Christians Can Remain Clothed in Strength and Dignity

Although written to help men celebrate the accomplished women in their lives, the lessons of diligence, integrity, and altruism in Proverbs 31 transcend gender and can serve as guidelines for both men and women.

Here are 5 ways for Christians to clothe themselves in strength and dignity:

1.  Be trustworthy. Proverbs 31 ties dignity to trustworthiness (Proverbs 31:11). To act with dignity includes being truthful in your words and deeds. Be dependable and let your word be reliable so that your “yes” means “yes” and your “no” means “no” (Matthew 5:37).

2. Show trust in your spouse. In a similar way, trust your spouse in a sensible way. The Proverbs 31 man “has full confidence” in his trustworthy wife (Proverbs 31:11). Ask yourself if you’re quick to second-guess or micromanage your spouse despite knowing that your spouse has sound judgment or expertise in a matter that’s less familiar to you.

3. Keep active to maintain well-ordered priorities. The Proverbs 31 ideal person knows that it takes dedicated effort to keep a household and business running efficiently. This person “works with eager hands” (Proverbs 31:13), considers options and then decisively acts upon them (Proverbs 31:16), and remains watchful of her responsibilities by not sinking into idleness (Proverbs 31:27). This model spouse is also a model citizen, helping the poor through altruistic deeds.

Like the Proverbs 31 ideal, similarly filling your days with fruitful acts will help you keep your priorities aligned with how God wants us to live and interact with one another.

4. Praise your spouse, inside and outside the home. Proverbs 31 counsels men to honor their wives for “all that [their] hands have done, and let [their] works bring [them] praise at the city gate” (Proverbs 31:31). Spouses should praise each other’s efforts and respect each other’s opinions even when they don’t see eye to eye. Doing so not only shows honor for one another, but teaches children the value of respect and gratitude (Proverbs 31:28).

Likewise, we’re not to remain silent in the face of someone speaking ill of our spouse. Rather, we’re to treasure our spouse “more than rubies” by sticking up for our spouse so that he or she receives only praise “at the city gate,” i.e. outside the home (Proverbs 31:31).

5. Trust in God’s plan for you. Proverbs 31 ends with the pivotal point that the ideal spouse is praised first and foremost because of her faithfulness to God (Proverbs 31:30). This foundation of faith gives the model spouse such a settling sense of peace that “she can laugh at the days to come” because she trusts in God’s plan for her (Proverbs 31:25).

For anyone today who wrings their hands in worry over the future’s unpredictability, following this plan toward peace offers a much more reassuring way to live!

How Can We Apply This Verse to Living Today?

Today, Proverbs 31 can be controversial when misused as an onerous checklist of attributes by which to criticize women. Using the Proverb in this way to condemn women cuts against the meaning and context of the Proverb.

Proverbs 31 Celebrates Strong, Dignified Women Who Are Faithful to God

As the divine inspiration behind all of Scripture, it, therefore, would contradict God’s stated intentions if Proverbs 31 were used to set an unreachable standard for an entire gender that is made in His image. The certainty that God honors women is clear from the fact that He chose a woman to bring His only Son into the world without the involvement of a man in the conception (Luke 1:26-38).

In addition, God also chose a woman to be the first witness and proclaimant of the most important event in all of Christianity: Christ’s Resurrection (John 20:11-18).

As such, Proverbs 31 should be viewed in the context within which it was written—to celebrate the many blessings of the women in our lives who work hard, love abundantly, and serve as role models of tenacity and integrity.

It’s also important to keep in mind that Proverbs 31 was written for a male audience. The Proverb advises men on how to conduct themselves and what to look for in a future bride. Notably, the Proverb directs men to “praise” such women if they’re lucky enough to find them (Proverbs 31:28-31).

This implies that men are to actively express gratitude for a “wife of noble character” through words and deeds rather than merely thinking thoughts of praise. This praise doesn’t have to be limited to wives and mothers, either. It can be extended to other women who serve as blessings in a man’s life.

A Prayer to Put On Strength and Dignity

Heavenly Father, I am made in Your Holy image. I strive to clothe myself with strength and dignity like my Proverbs 31 role model. If it’s in Your Will, may my perseverance and faith in You bring peace and prosperity to my home and community. Amen. 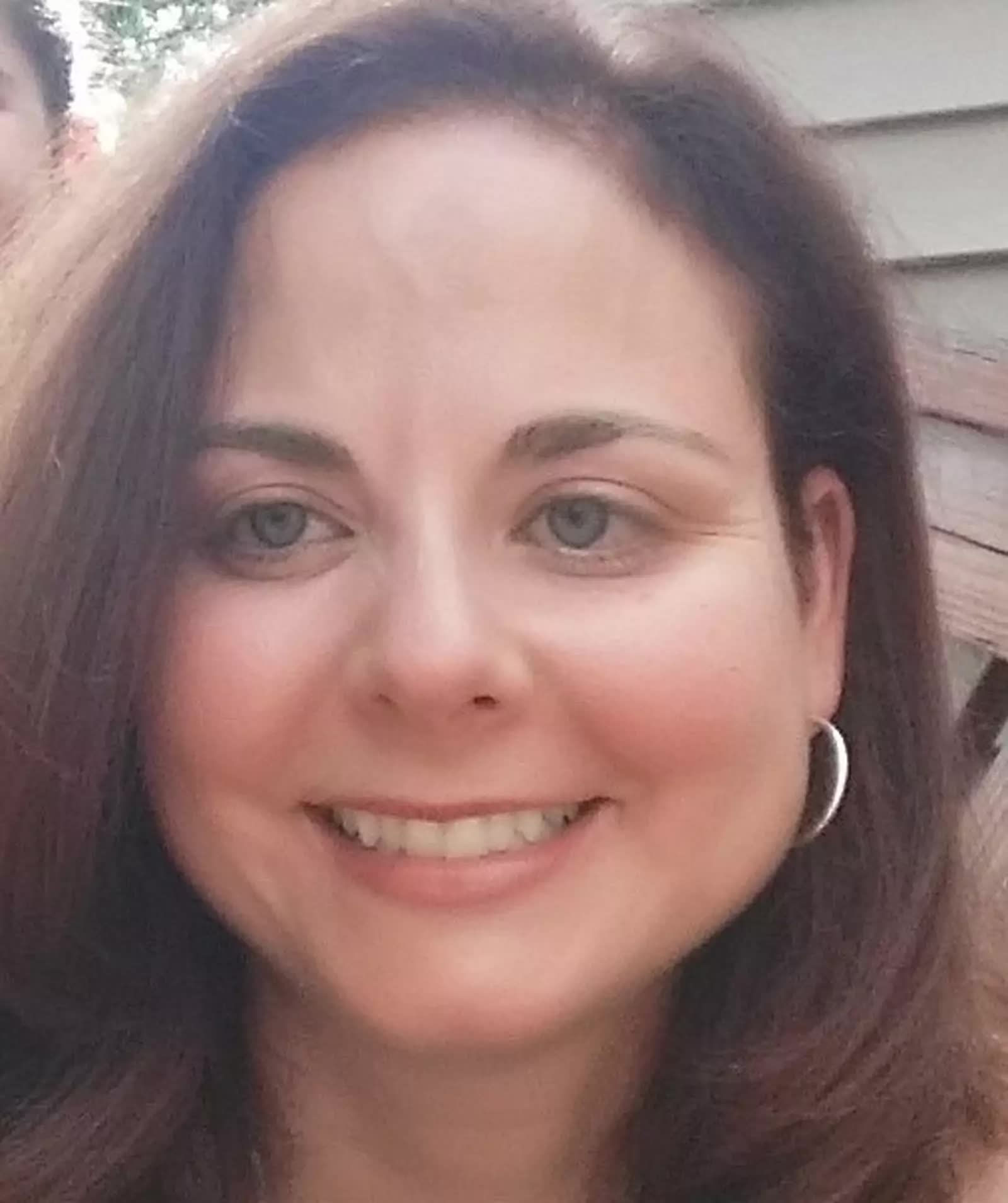 Dolores Smyth is a married mother of three who writes about faith and family. Her writing has appeared in numerous online and print publications. You can follow her on Twitter @LolaWordSmyth.

Dolores Smyth is a nationally published faith and parenting writer. She draws inspiration for her writing from everyday life. Connect with her over Twitter @byDoloresSmyth.

This content first appeared on Crosswalk.com and is used here with permission. To view the original visit: https://www.crosswalk.com/faith/bible-study/what-does-she-is-clothed-with-strength-and-dignity-mean-in-proverbs-31.html

3 Ways God Grew Me through My Garden - iBelieve Truth: A Devotional for Women - June 22