It's coming and coming quickly. The red and white hearts and décor hit the retailers before Santa had a chance to come down the chimney. The price of rose bouquets has begun with inflation, chocolate makers are prepping for the annual rush, and the card industry has everything from funny, sappy, romantic, and thoughtful in the Valentine section. Yes. It's Valentine's Day, and it's coming at us from every angle.

I was raised in a home where Valentine's Day was akin to a birthday in importance. As a child, I anticipated waking up on Valentine's Day morning because my Dad had decorated the kitchen doorway with a homemade banner and had cards with his artwork propped at each of our breakfast places. My Mom usually had her own contributions, and sometimes I was lucky enough to get a new stuffed animal—generally hugging a satin heart. I still have my one stuffed animal I named "Valentine," and I'm well into my forties. This was my Valentine's experience growing up, and I couldn't wait to continue it when I was married with my own family.

My spouse was raised in a home where Valentine's Day was akin to another work day. In fact, it was so regular of a day it virtually went unnoticed by both hardworking parents who were focused on ensuring they had a roof over their heads. They may have gotten Valentine's Day cards from classmates, but it was never a thing in their home. No one missed it, no one really seemed hurt by missing it, and everything proceeded as normal.

Consider the first Valentine's Day of our marriage. I awoke with a flurry of expectation. I was ready. Ready for my husband to stun me with his love and creativity. It wasn't even so much about romance as it was a day to appreciate our love as a family. My jaunt into the kitchen was met with silence. I peeked into some of the extra rooms of the house and realized he'd already left for work. Hours later, at my own workplace, friends received bouquets and cards, and I assumed when I returned home, that's when my Valentine would remember me. On my homecoming, I was met with a quick meal and a casual "so what do you want to do tonight?" To which my response was to stare at him in stunned silence. He literally had no idea it was Valentine's Day. Celebrating the day was as important to him as celebrating National Baked Bean Day.

It took me years to get over the expectation of Valentine's Day. It took my spouse years to realize that I even had expectations. Since then, I have received some Valentine's Day cards, but mostly, February fourteenth comes and goes with little fanfare. (Although my Dad always makes sure I have my annual card).

Here's why—and here are some ways to cope when your spouse doesn't do Valentine's Day:

We can quickly assume that the lack of response to Valentine's Day is a personal thing. That somehow, we lack importance and value in our spouse's life, and therefore, we mean little in the scope of the holiday. But have you asked—in a non-accusatory or irate way—why?

I quickly found out the why when I asked. Aside from his family's rather urgent need growing up to provide for the fundamentals, with something like Valentine's Day being superfluous, he also answered with a rather stunning and breathtaking answer. Wouldn't I rather be celebrated on a day when it's not coerced, and he thinks of expressing his love for me on his own?

What woman wouldn't melt at that idea—and for the record, he has totally followed through with it too. 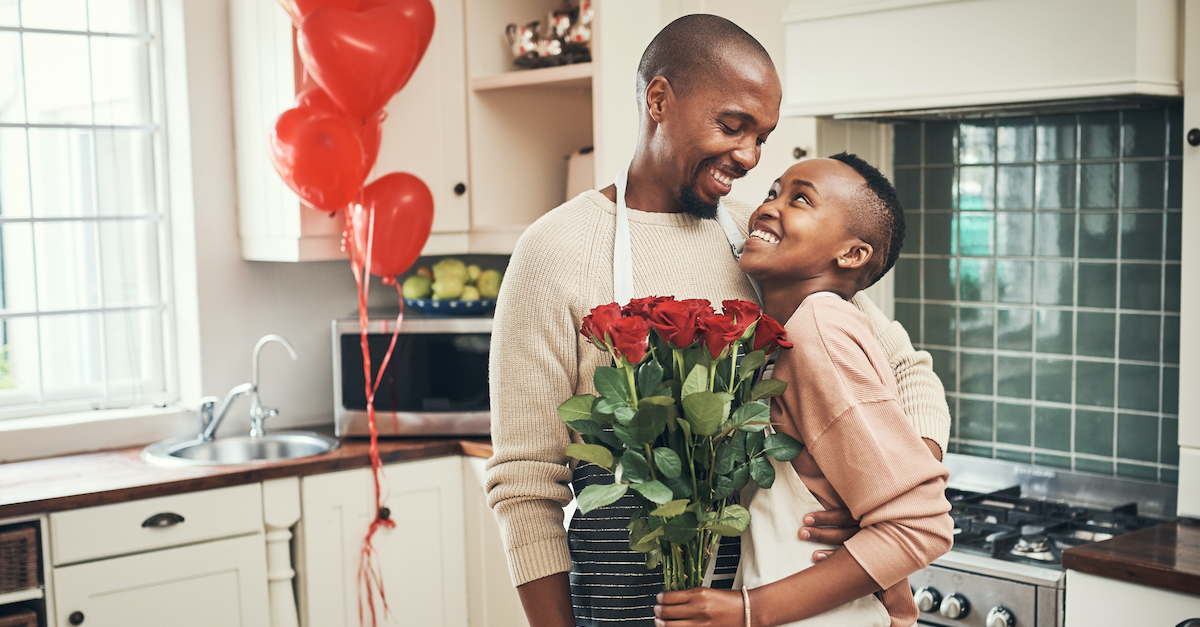 If your spouse doesn't celebrate Valentine's Day and has a legitimate reason why—even if you disagree with it—it's time to create realistic expectations. The fact is, Valentine's Day carries different weight with different people. It becomes such an embittered holiday because people—like myself—end up with very high expectations. Those expectations are bound to be unmet at some point, and it's not necessarily the fault of the one who fails to meet them.

See, it's easy to become slighted, bitter, offended, or hurt when your spouse places less importance on Valentine's Day. But it's important to take a step back and realize that part of marriage is finding compromise. This means that you may have to accept a lesser emphasis on the day in exchange for recognition of the love they express for you in other ways and at other times.

Realistic expectations are critical. If you want roses and chocolates and your spouse gets you a card, that's a huge gesture if they're the spouse that doesn't do Valentine's Day. Yet, you could be upset and offended at the lack of roses and chocolates while they're standing with a card extended that they typically wouldn't have even thought of doing. Be realistic. What to you may seem small to them may be the most significant gesture of their heart.

3. Look for the truth, not the façade.

Valentine's Day is filled with gestures. When we don't see those gestures from our spouse when expected, it can be disappointing and even crushing. But it's important not to let a calendar day dictate our hearts' emotional welfare.

Valentine's Day is often a façade for true love. Anyone can go through the expected motions. But true love is self-sacrificial. It is giving. It is often quiet and goes without fanfare and definitely without roses and chocolates.

Look for the truth in your un-celebratory spouse's love. In many cases, the lack of Valentine's Day enthusiasm has nothing to do with the depth and devotion of their love. Perhaps they work endless hours to make ends meet so you can be a stay-at-home mother. Or maybe, they spent all last weekend taking care of the kids so you could have some time out with friends. Remember that time they took care of you when you were sick? What about when they got up with the weepy child in the middle of the night so you could get your sleep?

The expectation of fabricated expression sometimes covers the truth of true love. It's important that even though our hopes shouldn't necessarily be discounted, we also approach the holiday with reflection, so our perceptions aren't skewed.

In the end, it's probably going to be difficult to adjust if a spouse doesn't do Valentine's Day and doesn't intend to and/or is able to make adjustments to recognize it. It's important to remember that your spouse is far more important than a day. Express your hopes, yes, but be sure to listen to their perspectives. Sometimes, they're not actually belittling the holiday so much as wishing they could show you their love in their own way and on their own time.

This year, Valentine's Day will probably come and go. I'll make a big deal about it with the kids. I'll exchange teasing with my spouse at his lack of awareness. I'll go about my day. But you know, I'll feel oh so loved. His love is etched into the very foundation of our home. It is shown in a myriad of ways. Ways that last far longer than roses and chocolates.

Jaime Jo Wright is the winner of the Carol, Daphne du Maurier, and INSPY Awards. She's also the Publishers Weekly and ECPA bestselling author of three novellas. The Christy Award-Winning author of “The House on Foster Hill”, Jaime Jo Wright resides in the hills of Wisconsin writing suspenseful mysteries stained with history's secrets. Jaime lives in dreamland, exists in reality, and invites you to join her adventures at jaimewrightbooks.com!

This content first appeared on Crosswalk.com and is used here with permission. To view the original visit: https://www.crosswalk.com/special-coverage/st-valentines-day/how-to-cope-with-a-spouse-who-doesnt-do-valentines-day.html