I’m fairly certain Monte Scott never read Florence Littauer’s book, It Takes So Little to Be Above Average, written over two decades ago. But he evidently understood the principle well.

In April 2019, Monte’s mom drove over some deep potholes on his Michigan street and popped a tire on her car. Both anger and thoughtfulness drove Monte to action. On a half-day of school, he grabbed a shovel, drug a trash can full of dirt from his garden, and started filling up the deep holes along his street. Someone caught his “above average” behavior on video, and the scene went viral.

But Monte had no hidden motives. He wasn’t trying to garner likes or kudos from onlookers. He just wanted to keep other people from ruining the tires on their cars. That’s what made Monte special. He cared. His mom must have trained him to believe that little things count, and that being above average may involve something as simple as humility and kindness.

Such a small thing. Yet people noticed. Gifts started pouring into his mailbox to show appreciation to a young man who simply wanted to make life easier for others. A local home improvement store even gave him a new lawnmower to help fulfill Monte’s newfound dream: to own his own landscaping business someday.

Little things do matter. And in marriage the same principle is true. It takes so little for a marriage to be labeled “above average.” We consider average as giving or sharing 50-50. But above-average pushes it to 100-100. Marriage is not a give and take; it’s a give and receive. Each gives their best and their all to each other, no matter what. 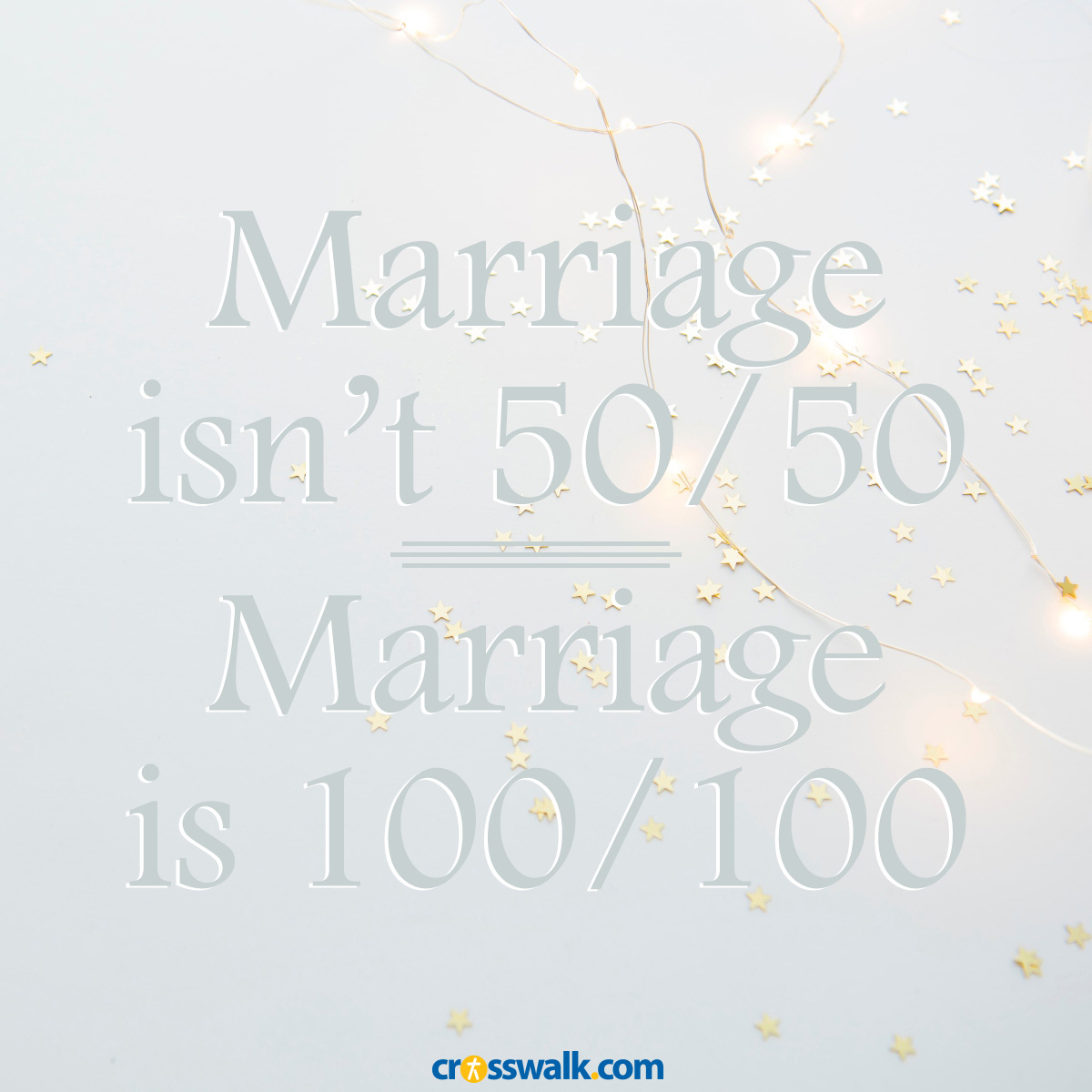 Because none of us are alike, “little things” carry different meanings for us. Cooking your spouse’s favorite dessert, bringing coffee to his/her bedside, surprising the other by fulfilling a dreaded task or holding hands in public may bring a smile to some.

For others, a thoughtful word of praise, refraining to speak negatively about a spouse around others, encouraging a spouse’s dream, or simply taking time to listen without the remote or phone in our hands are how they define little things. These are only a few examples of how we can make life easier for our spouse, just by caring.

Jesus spoke about little things in the context of stewardship. Those who are faithful in handling what has been given to them, even though it seems like a small matter, are capable of handling greater responsibility. In Matthew 25 Jesus used other examples like the Parable of the Ten Talents and the Sheep and the Goats to illustrate how He views and blesses faithfulness in little things. He further taught that when we show kindness to the “least of these,” He sees those small things as being done for Him.

Jesus could say those same words about two marriage partners who display faithfulness in little things and in little ways. Little things add up and become much when given out of unselfish love, and Jesus loves to reward that kind of faithfulness—in life and in marriage.

No, your actions will probably not go viral. But others may notice in little ways that your marriage has truly become “above average.” Average tries to get by. Above-average goes the second mile. Average wakes up thinking about its own needs. Above-average arises with the thought, “What can I do today that will put a smile on my spouse’s face? Average may falter at the first sign of difficulty. Above-average will cling to each other and to Jesus because they have learned that “little things” include trusting Him and praying together.

Will there be times when our spouse is out of sorts and won’t appreciate our efforts? Absolutely. But in God’s eyes, love never fails. And just like Monte Scott, if our motive is not to call attention to ourselves, but to show we care, we will reap the reward of knowing that we were faithful in the little things. Sometimes, the “least of these,” can mean our spouse.

It really does take so little to be above average.

Rebecca Barlow Jordan is a bestselling inspirational author and passionate follower of Jesus who loves to paint encouragement on the hearts of others. She has authored and contributed to over 20 books and has written over 2000 other articles, devotions, greeting cards, and other inspirational pieces. She is a regular Crosswalk contributor whose daily devotional Daily in Your Presence is also available for delivery through Crosswalk.com. You can sign up for Rebecca’s free ebook and find out more about her and her encouraging blog at www.rebeccabarlowjordan.com.

The Faithfulness of God - First15 - February 25